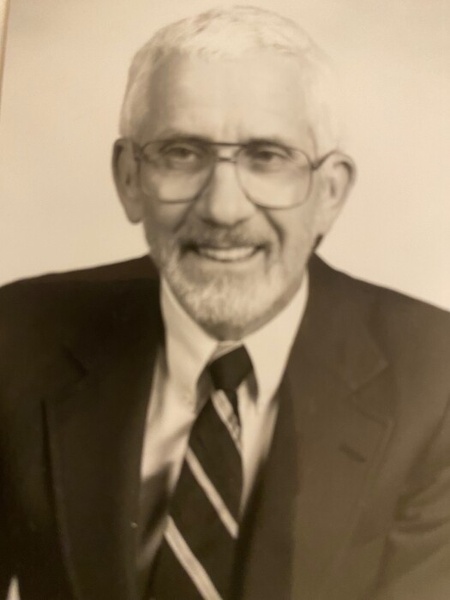 Thomas Robert Schuerger, 96, of Frederick, Maryland, passed from this life on Tuesday, May 3, 2022 at Frederick Health Hospital in Frederick, MD.

Born on November 1, 1925, in Lakewood, OH, he was the son of the late Richard Schuerger and Rita (Dennerle) Schuerger.
He was a descendant of immigrants from the German village of Metzenseifen and Kleinfischlingen, Germany.
Thomas was raised and educated in Lakewood, OH. He received his Bachelor's degree in Physics from Case-Western Reserve University, and his Master's degree in Mechanical Engineering from Carnegie-Mellon University.

His college started after a stint in the US Army Air Force during World War II.
He managed one of the US Steel Corp research divisions in Monroville, PA. He was a registered professional engineer, an issuer of patents, and published technical papers in the instrumentation and control systems field.
After his many years at US Steel Corp, he was a professor at Penn State University McKeesport. In addition to teaching, he was chairman of the university's technical advisory committee.
He continued to consult with clients after his retirement.
Thomas was a member of the Home Rule Charter Commission in the 1970s to develop the charter for Monroeville's municipal government. He served for 24 years as Monroeville councilman and eight years as mayor, and served as the treasurer for the Greater Monroeville Area Chamber of Commerce. Thomas was voted Monroeville Man of the Year in 1985; Chamber director, member of the Rotary Club, and lay member of North American Martyrs Church. An avid runner, he qualified twice for the Boston Marathon, loved sailing and raced on weekends at Lake Arthur, and downhill skied until his mid 80s. He enjoyed his retirement time being docent at Blackwater Wildlife Refuge and Antietam Battlefield plus hospital visits through St. John the Evangelist Church in Frederick, MD.

The family will receive friends, followed by a Mass of Christian Burial in Monroeville, PA on Monday, May 9, 2022.

To order memorial trees or send flowers to the family in memory of Thomas Schuerger, please visit our flower store.