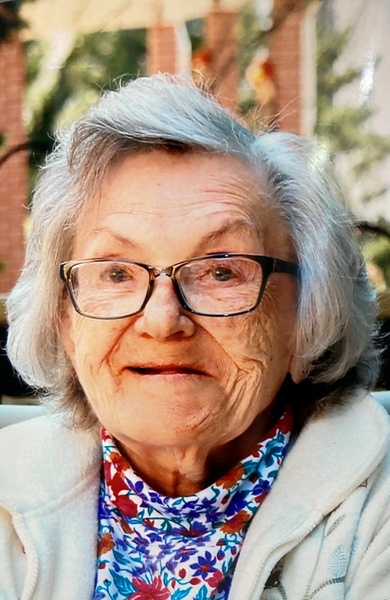 Born on January 17, 1934 in Baltimore, MD, she was the daughter of the late John and Victoria Losiewski. Robert J. Smith, Sr., her husband 57 years, preceded her in death.

After graduating from high school, Valerie went on to study music at the Peabody Institute in Baltimore.  Although she entered the convent to devote her life to God, she later realized that God had other plans for her.  Valerie and Bob were married in a Catholic ceremony at St. Casimir’s Church on October 13, 1956.  Valerie was a devout Catholic and remained strong in her faith.  Valerie was a member of St. John the Evangelist Roman Catholic Church.

After living in Wheeling, WV and Annandale, VA, Valerie and Bob moved to Frederick, where they worked and eventually retired from Coblentz & Smith Insurance Company, Inc.  Although Valerie traveled to many destinations, including retreats and pilgrimages around the world, her favorite vacation spot was Williamsburg, VA where she visited often.  She enjoyed spending time with family, reading, and attending the Frederick Symphony Orchestra. Valerie was a past member of Catholic Daughters of the Americas where she served as secretary for two years. She was also a past member of the Soroptimist International of Frederick County.

Valerie is survived by her two children, Christine Blumenauer (Wesley) of Middletown and Robert J. Smith, Jr. of Frederick. She is also survived by one grandson, James M. Blumenauer; as well as many loving cousins.  Valerie was preceded in death by a grandson, Brian W. Blumenauer.

Mass of Christian Burial will be held at 11 a.m. on Tuesday, August 16, 2022, at St. John the Evangelist Catholic Church, 116 E. Second Street in Frederick, MD.  Burial will follow at Mt. Olivet Cemetery in  Frederick.

The family wishes to thank all our friends and family, as well as her caring doctors and medical staff, and Fox Rehab OT and PT staff. She loved and enjoyed working with so many caring and giving supporting people.

In lieu of flowers, memorial contributions may be given to Parkinson's Foundation, Frederick Symphony Orchestra, or to Sisters of Visitation in Rockville, VA.

To order memorial trees or send flowers to the family in memory of Valerie L. Smith, please visit our flower store.