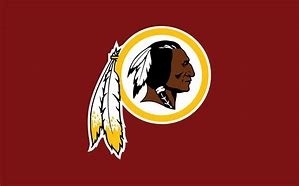 Walter Stone Davis passed on August 8, 2022 at the age of 57, at the University of Maryland where he battled hard through liver disease. He was surrounded by several family members and friends as he went home to be with the Lord.

Walter (better known as Stoney) was born to Sally Staley and George Davis on March 26, 1965. He graduated from Seneca Valley High School in 1983, where he was best known for his skills on the football field. He worked as a truck driver for Standard Supplies through most of his career. During the later part of his life he took on many types of handyman projects, something he truly loved doing.

Stoney was an avid sports fan and played both football and baseball growing up. His true passion was football. He was a huge fan of the Washington Redskins and the Washington Nationals. As most of his family and friends will tell you, Stoney was someone who lived everyday like it was his last. He didn’t let too many things bother him and his motto was “It is what it is”. Never one to cling to materialistic things, he was always willing and ready to give someone the shirt off of his back if they needed it. He loved going to the casino and spending time with his family.

If you were to ask the one accomplishment he was most proud of he would tell you it was being a father to his two daughters, Madison and Megan. He did not have the easiest life, but you would have never known that. As long as he had his girls he was happy and nothing else mattered.

He is survived by his mother and step father, Sally and Earl Staley of Mount Airy; daughter and son in law, Madison and Robert Deavers of Mount Airy; daughter and future son in law, Megan Davis and Mikey Monday of New Market; sister Shelly Adcock of West Virginia; brother and sister in law, Stan and Andrea Davis of West Virginia, step brother, Earl Staley Jr; nephew and wife, Matthew and Hannah Adcock of Frederick; nephew and wife, Michael and Lauren Adcock of West Virginia; aunt and uncle Diana and David Davis of Derwood; aunt and uncle Joy and Ron Bowling of Florida; and brother (friend) Robert Bishop of West Virginia. He is also survived by his first granddaughter, Mila as well as nephews and nieces; Caleb, Mason, Brady, Lila and McKenna.

Stoney is preceded in death by his grandparents Raymond and Nettie Lou Poole; and brother in laws, Mike Adcock and Kevin Staley.

Services will be held on Saturday, August 20, 2022 at 2 PM at Stauffer Funeral Home, 8 E. Ridgeville Blvd. in Mount Airy, Maryland. Family will be receiving friends and family at 1 PM and the service will start at 2 PM. The family welcomes everyone to join us at the Mount Airy Firehall after the services for food and refreshments.

In lieu of flowers his daughters request that guests bring with them copies of pictures and/or letters describing Stoney through their eyes. He met and made an impact on so many people and his daughters would love to reflect back on his life through these memories.

To order memorial trees or send flowers to the family in memory of Walter Stone Davis, please visit our flower store.