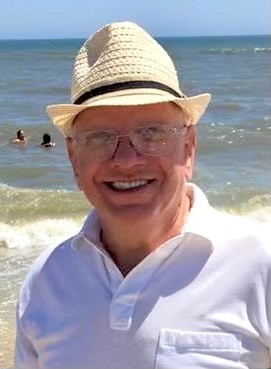 Walter Patrick Deal, 78, of Hagerstown, Maryland, passed from this life on Wednesday, October 13, 2021 at his daughter's home in Hagerstown.

Born at home on July 30, 1943, in Baltimore, MD, he was the son of the late Walter John Deal and Helen Marie (Mixter) Deal. In 1999, he was preceded in death by his wife, Mitchie Marie Deal. Since their passing, he has sorely missed both his wife and his son, Matt.

He attended St. Margaret's School in Bel Air, MD. Pat was employed by the International Brotherhood of Boilermakers from 1966 until his retirement in 1999. His lifelong hobby tinkering with vehicles where Pat could always be found in a garage somewhere.

He was a good honest sweet man with a good soul who had a heart of gold. Pat always lended a helping hand for anyone in need. He was Pappy to his grandchildren and great-grandchildren, to whom he was devoted and every moment spent with them was special.

Pat was a member of the International Brotherhood of Boilmakers, Ironship Forgers and Helpers, and the AFL - CIO.

In addition to his wife, and son, Patrick Matthew Deal, he was preceded in death by sister, Barbara A. Rutkowski; brothers-in-law, Raymond McFadden, Dale Blevins, and Ricky Blevins.

A celebration of Pat's life journey will take place at 1 p.m. on Wednesday, October 20, 2021, at the Stauffer Funeral Home, 104 East Main Street in Thurmont with Pastor Christine Hickle officiating. Final resting place ceremonies will be held at Resthaven Memorial Gardens in  Frederick.

Memorial donations may be made to Hospice of Washington County , 747 Northern Avenue, Hagerstown, MD 21742.

To order memorial trees or send flowers to the family in memory of Walter Deal, please visit our flower store.