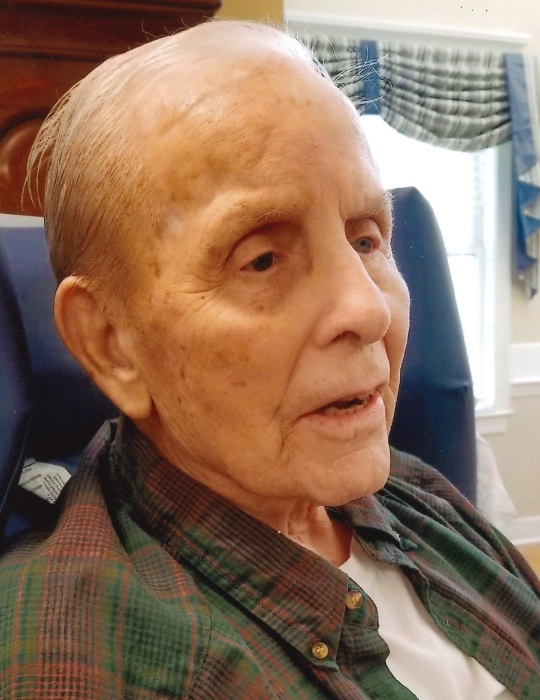 Willard  Greene , 95, of Knoxville, passed from this life on Tuesday, August 31, 2021 at Heartfields At Frederick with his family by his side. He was the husband of the late Marjorie O. Stroupe Greene who died in 2004.
Born on February 5, 1926, in Welch, WV, he was the son of Jessie J. and Sara Rotenberry Green.
Willard served in the U.S. Army during WWII. He worked as a purchasing agent for Standard Building Systems in Point of Rocks which in now CANAM Steel. He enjoyed to fish but most of all loved spending time with his family.
Surviving are four children: James W. "Bill" Greene and wife Tessie of Universal City, TX,  Douglas E. Greene of Brunswick, Paul D. Greene and wife Margaret of Harpers Ferry, WV and Judy Eagle and husband Kenny of Jefferson; eight grandchildren and 21 great grandchildren; his brother John Green and wife Wanda of Roderfield, WV. Willard was preceded in death by a daughter, Donna M. Viands; a granddaughter, Lena Greene and siblings: Nannie Tilley, infant Georgia Green, Nellie Muncy, Ralph Green, Hobert Green, Steve Green and Elden Green.
The family will receive friends from 11AM-12PM on Friday, September 3, at Stauffer Funeral Home, 1621 Opossumtown Pike, Frederick where a celebration of Willard's life will begin at 12PM with Pastor John Green officiating.  Interment will follow at Resthaven Memorial Gardens Frederick.
To order memorial trees or send flowers to the family in memory of Willard Greene, please visit our flower store.