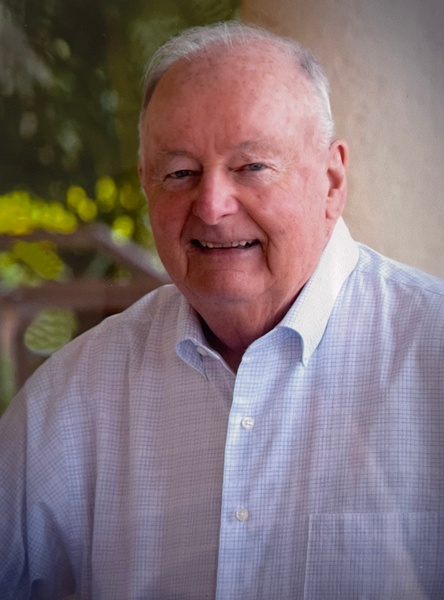 It is with deep sorrow and much love that we mourn the passing of William Francis Hayes (“Bill”) of New Market, Maryland on July 22, 2022.
He will be lovingly remembered by his wife of 56 years, Barbara; children Michael Hayes, Susan O’Connor (Kevin) and Melissa Barry (Don); grandchildren Kate, Riley, Sean and Patrick Barry, Shea, Liam, Kira and Nora O’Connor. He will be dearly missed by his brother Thomas (Lynn) and Gerald Hayes and Brother-in-Law David Gentry (Basia). He was preceded in death by his parents William and Eileen Hayes.
Bill was an avid golfer who enjoyed winters in Naples, Florida. He loved to read, do crossword puzzles, and spend time with his grandchildren and many dear friends. He never turned down an IPA and stayed hopelessly faithful to the Redskins and Nationals.
A funeral mass will be held on Wednesday, August 3, 2022, at 11:00 at St. Ignatius Catholic Church in Ijamsville, Maryland directly followed by a reception at Holly Hills Country Club.
In lieu of flowers, memorial donations may be made in Bill Hayes’ name to St. Mary’s University of Minnesota (Winona).