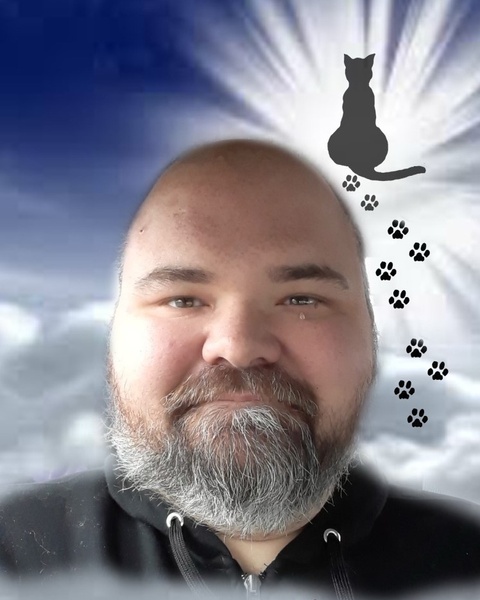 Our Beloved William Francis King of Romney, West Virginia, formerly of Middletown, Maryland, King George, Virginia and graduate of King George High School; passed away from this life on September 28, 2022.

He is preceded in death by his parents John W. King Sr. and  Kathy King; brother Phillip King and his nephew John W. King III. He is survived by his sister Kathi Jackson, brothers John W. King Jr. (Debbie) and Randy Grossnickle (Charlene), along with numerous aunts, uncles, cousins, nieces, and nephews; and by his girlfriend Kirsten Elm and best friends Kenny and Clint.

Anyone that knew Will knew that he was a huge fan of gaming, comics, AEW Wrestling, animals, werewolves, and sasquatch.

Some of his favorite games were, Evil Dead, Fallout, and Fortnite. He was open to playing any game as long as it was with his good friend Kenny.

His favorite superhero in comics were “The Hulk”, along with Wolverine, Captain America and The Power Rangers.

One of his favorite AEW wrestlers was Shawn Michaels.

His love of music included but not limited to Avenged Sevenfold (Hail to the King), Elvis, Metallica (Sandman & Master of puppets), and Queen.

Willy loved to cook, but only if it was for friends and family.

Animals had a special place in Willy’s heart, especially for cats, specifically his two favorite fur babies, Kingsley and OJ!

Willy had such a huge heart, he only wanted people to smile. He was an amazing man, boyfriend, brother, uncle, and friend to so many people. His laughter, jokes, and joyousness will be so truly missed.

A celebration of life will be held Thursday, October 13, 2022 at the Middletown Activities Building, 1 Fireman’s Lane Middletown, Md 21769.

Friends and family are welcome at 1:00 PM. A celebration of Will's life with start at 2:00 PM. Burial will follow directly after services at Harmony Church of the Brethren Cemetery in Myersville. Following the burial service, the family would like to invite everyone to Middletown Activities building for fellowship and food.

In Lieu of flowers, please make donations to Middletown Vol. Fire Co. or an Animal Shelter of your choosing.

Myersville Church of the Brethren