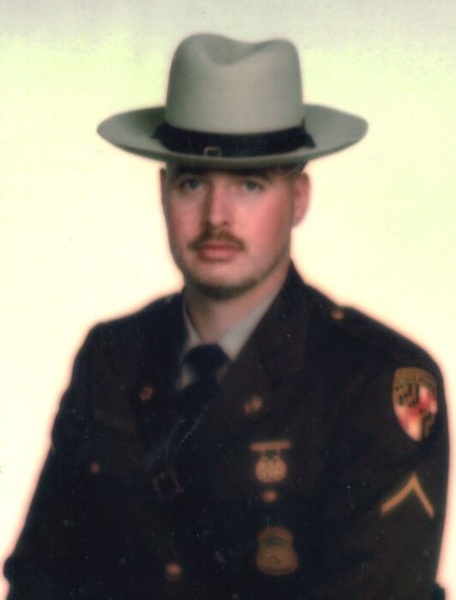 William Joseph "Bill" Long, III, 53, of Thurmont, Maryland, passed from this life on Tuesday, June 14, 2022 at Frederick Health Hospital in Frederick, with his family by his side. He will be sorely missed by his wife, Melissa Long.

Born on June 14, 1969, in Bethesda, MD, he was the son of Laurita (Cannaday) Long and William (Cheryl) Long, Jr.   In addition to his wife and parents, he is survived by children, Josh (Kayla), Adam (Anastasia) , and Logan; sister, Lisa M. (Mike) Kroher; and five grandchildren.

He spent his school years in Thurmont, graduating from Catoctin High School in 1987. After graduating, he enlisted in the Air Force. He served in the Air Force as a Nuclear Technician for three years in Grand Forks, North Dakota. After his honorable service in the Air Force, in 1991, Bill joined the Maryland State Police. Bill served his community as a highway patrolman, motorcycle patrol officer, and firearms instructor. Eventually, Bill retired from the Maryland State Police, in 2011, after 20 fantastic years of service. He then continued his service to his country by completing two year long contracts with Dyncorps in support of military operations in Afghanistan. After his final tour overseas, he spent a few years working odd jobs here and there until he finally found another family at Krietz Auto. Over the last year, Bill became a respected member of their service department. He was known for his exceptional service and always upbeat attitude. He spent his final year as part of their wonderful team filling the “Professional Fist Bumper” position and he will be greatly missed by all.

A celebration of Bill's life journey will take place at 1 p.m. on Thursday, June 23, 2022, at Stauffer Funeral Home in Frederick. Pastor Jeremy Kitchen will officiate. Final resting place ceremonies, with honors, will be held at Blue Ridge Cemetery in Thurmont.

Memorial donations may be made to the Maryland Troopers Association , to support the tireless service of the men and women of the Maryland State Troopers.

To order memorial trees or send flowers to the family in memory of William Long, III, please visit our flower store.