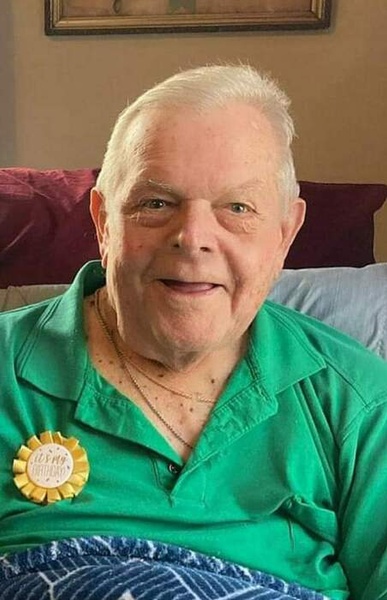 William Delaplane Powell, Jr., 82, died April 7, 2022 on his beloved Arrowhead Farms in Thurmont, Maryland surrounded by his family and friends.

Born on March 3, 1940 in Frederick, Maryland, Bill was the son of the late Katharine Trundle Powell and the late William Delaplane Powell, Sr. of Walkersville, MD.

Bill was a cowboy, literally. His life’s work centered around agriculture and cattle. After graduating from Walkersville High School, class of 1958, Bill attended the University of Maryland and served as a state president of the FFA. Bill served as the secretary/fieldman for the Virginia Angus Association. He then worked as the manager for REA Ranch in Texas and later served as a field representative for both the Drovers Journal and the Livestock Breeders Journal. Bill completed his career by spending 23 years as the East Coast regional manager for the American Angus Association. He traveled from Virginia to Maine and into Eastern Canada promoting the Angus breed and helping many develop their herds. Bill served as a mentor to many people in the cattle business and was quick to share his wisdom and experience. Throughout his work, Bill especially enjoyed encouraging young people interested in agriculture and Angus cattle and helping them grow into community leaders. In 1988, his family was named Maryland Angus Farm Family of the Year. In 2003, the year he retired, Bill was honored with the Livestock Marketeer of the Year Award at the National Western Stock Show and was inducted into the Virginia Association Hall of Merit. Finally, in 2020, he was quite honored to receive the Angus Heritage Award. Bill’s measure of a person was the kind of beef they raised or ate, and for him, only one breed mattered—Angus.

Ever the storyteller, Bill loved to tell stories, some of which were actually true. If he didn’t know the answer to a question or was just feeling ornery, he had no qualms about making up a story to astonish or amuse his audience. Bill had an outgoing personality, a big heart, a wild sense of humor, and a fierce stubborn streak. He felt very blessed to live a good life doing work he loved and meeting countless people from household names to dedicated local community leaders and farmers. Like his mother, he had the rare gift of making friends throughout his entire life and took a keen interest in those around him. Bill impacted many lives in the cattle industry and in the local community and will be greatly missed.

The family will receive friends from 4 to 7 p.m. on Monday, April 18, 2022 and one hour prior to services on Tuesday at the Stauffer Funeral Home, 104 East Main Street in Thurmont.

A celebration of life will be held at 11 a.m. on Tuesday, April 19, 2022 at the funeral home in Thurmont. The service will be officiated by Rev. Rebecca Hoover and Rev. Dr. Amy Dows. Burial will be held at Glade Cemetery in Walkersville. True to his final wish, to be escorted out of this world by beautiful women, serving as pallbearers are Danni Burns, Shelly Fraley, Amy Fritz, Lisa Moser, Beth Ohler, Donna Ridenour, Hazel Sweeney, Tara Stull, and Pam Garber Wright.

The family wishes to thank Pam Ellison, Ashley Bartell, Hospice of Frederick County, and all of Bill’s caregivers for their amazing support, dedication, and love over the past couple of years.

To order memorial trees or send flowers to the family in memory of William Powell, Jr., please visit our flower store.