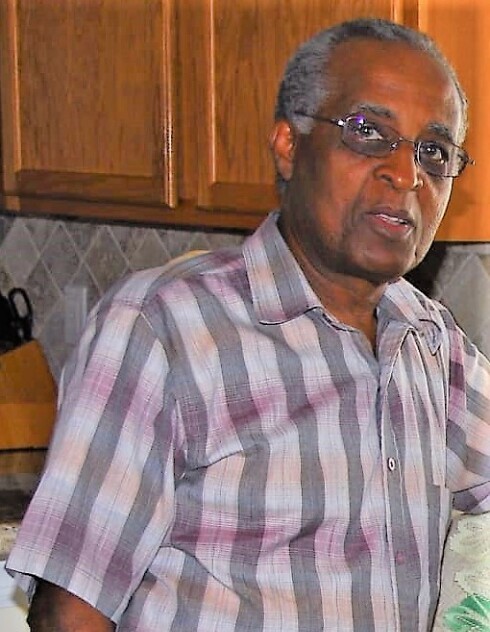 Winston Nelson, 81, of Martinsburg
Winston Fitzroy Nelson, 81, of Martinsburg, WV, formally of Frederick, MD, went home to be with his Savior and Lord Jesus Christ on Monday, December 13, 2021 at Williamsport Nursing Home. Winston was born on October 26, 1940 to Joshua and Clarita (Cryus) Nelson in Arima, Trinidad. Growing up in Trinidad Winston gained a sense of responsibility and dedication from an early age. Out of necessity, he prematurely discontinued attending secondary school for the greater good of contributing to the sustenance of his family. He did not, however, let hardship stifle advancement and took great pride in every pursuit.
Winston, indeed, persevered and never wavered in his desire to progress. He went on to take a bold step and migrate to the United Stated in 1969 at the age of 29 to grasp his share of the American dream. He was shortly thereafter joined by his soon-to-be wife, Yanee, and their life as one ensued.
Winston lived the majority of his adult life in Frederick, MD raising his sons building a life with Yanee. He was a self-learned individual, often times propelling himself into life successes through educating himself with minimal resources. Winston’s resolve allowed him to nurture a career that ultimately led to retiring as a Senior Network Engineer from General Dynamics in 2008.
Winston is survived by his wife of 51 years Yanee (Roopsingh) Nelson, his children Denzil Nelson, Keith Nelson, Andrew Nelson, his brothers, Ivan Nelson, Lester Nelson, his grandchildren Madison Nelson Tristan Nelson, Kyla Nelson, Kimberly (Nelson) Zirkle, and many extended family members.
He was preceded in death by both of his parents, his brother Ferdinand Nelson and sisters Ora Nelson and Nerle Nelson.
A funeral service is scheduled for Friday, December 17, 2021 at Stauffer Funeral Home 1621 Opossumtown Pike, Frederick, MD 21702, with visitation beginning at 10 am and the funeral service beginning at 11 am. For those individuals desiring to attend the funeral service virtually, a live stream link will be made available prior to commencement of the service. Directly following the funeral service, lunch will be served at Strong Tower Christian Church located at 467 W Patrick St, Suite 12, Frederick, MD 21701.
In lieu of flowers, donations may be made to the American Stroke Foundation at americanstroke.org .

To order memorial trees or send flowers to the family in memory of Winston Nelson, please visit our flower store.